The Importance of Transparency: A Peek Through the Pharmacy Window

Transparency is crucial in making the best decisions for your company. Seeing the full scope of company costs can save you now and in the long run. The easiest way to ensure fiscal transparency is by obtaining access to the data which details every component that goes into your pricing.

You can see an example of how the lack of transparency is harmful by looking at the current issues between Express Scripts and Anthem.

A little more than a year ago, health insurance giant, Anthem Inc. filed a lawsuit against the nation's largest pharmacy benefit manager, Express Scripts Holding Co. The lawsuit was for $15 billion in damages, claiming Express Scripts violated their contract by overcharging for drugs and covering up operation failures. The dispute continues today with Anthem still believing they should be paying far less under their contract with Express Scripts.

The pharmacy-benefit manager had tainted its relationship with its largest customer by years of specious communication. Express Scripts was meant to manage drug benefits for Anthem’s insurance members, which included processing pharmacy billing claims. However, the deal was more lucrative for Express Scripts than Anthem. Express Scripts earning from Anthem business, in the first quarter, was $8.49 per script, while Express Scripts booked just $3.25 per script filled from other customers. (WSJ) Anthem believes, the gap between current pricing and what it believes to be appropriate is about $13 billion over the rest of its contract. In the 2016 lawsuit, Anthem also alleged that Express Scripts had operational problems that were tied to around $150 million in damages.

The health insurance giant learned from their mistakes and sought the advice of a consulting firm during their court proceedings. With 3rd party assistance, Anthem determined that it was paying “massively excessive prices” to Express Scripts, generating “an obscene profit windfall” for the PBM. Anthem was not getting real data during its 10-year contract with Express Scripts. There were no checks and balance and that's how Anthem lost millions due to the lack of transparency.

Introducing a trusted 3rd party to do analysis will reveal more transparency. The CoVest pricing analysis process is meant to provide an accurate review that takes into account all data points. The net result are numbers that will withstand scrutiny from all sides.

If you're interested in a fully transparent review, schedule a call to speak with a CoVest representative about your options.

Check out our PBM Category Overview by clicking the image below 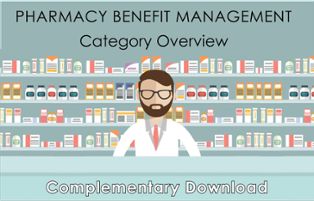